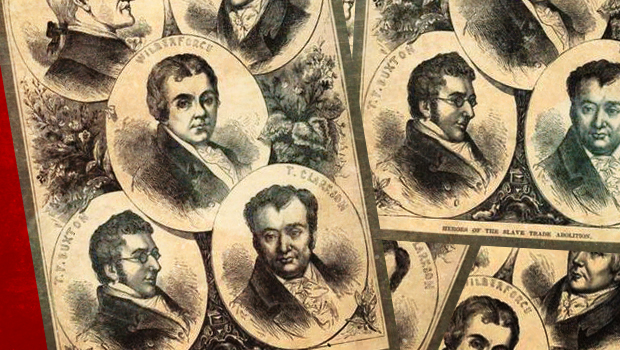 Alex and I have long admired William Wilberforce for his tireless dedication in pursuing his holy ambition. One year after coming to Christ, Wilberforce wrote in his diary, “God Almighty has placed before me two great Objects, the Suppression of the Slave Trade and the Reformation of Manners.”

Over twenty years later, Wilberforce succeeded in abolishing the slave trade in the British Empire — but not slavery itself. As he continued to work towards emancipation for existing slaves, Wilberforce realized that the cause would need younger men to continue the work. So, in 1821 he asked Thomas Fowell Buxton (pictured above) to take over leadership of the campaign.

Buxton himself was an exceptional man, a strong Christian, and a dedicated abolitionist. For twelve years he served as leader of the abolition movement in the House of Commons — not only persevering, but succeeding. In 1833, slavery was officially abolished in the British Empire — one month after Wilberforce’s death.

This story is a remarkable tribute to both Wilberforce and Buxton. It’s a shame that more attention is not given to this successful “passing of the baton” between two generations — and to T.F. Buxton himself. From even my limited research, he seems to have much to teach us. Check out the following excerpt from John G. Edgar’s, “The Boyhood of Great Men,” which includes Buxton’s challenge to young men:

Buxton’s opinion seems to have been that a young man may become very much what he pleases, by working, studying, and struggling. He wrote: “The longer I live, the more I am certain that the great difference between men, between the feeble and the powerful, is energy — invincible determination — & purpose once fixed, and then death or victory. That quality will do anything that can be done in this world; and no talents, no circumstances, no opportunities, will make a two-legged creature a man without it.”

Upon reading this quotation I wondered what might happen if each of us prayed that invincible determination would come to define our lives; that faithful perseverance would characterize each one of us as we serve over a lifetime in our families, churches, schools, and world. What might God do through a generation like that? What victories might He grant us? It seems worth thinking about. And praying for.

Soli Deo Gloria (To God Alone be the Glory)