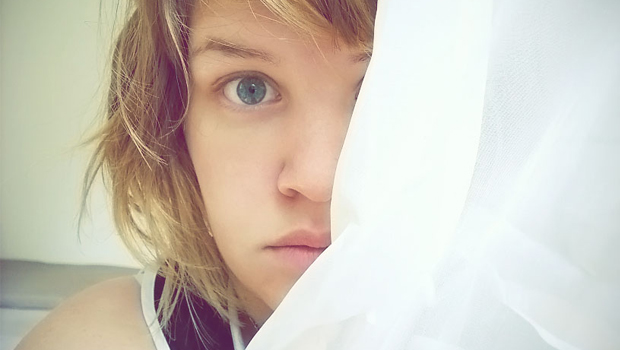 I shift uncomfortably in the back seat as all eyes in the car suddenly turn to me. A quiet giggle lingers on my lips as I play with my hands, struggling for the right words for The Question. Ah yes, The Question.

Every teenager in the car has answered it flawlessly so far, as if they have stood in front of the mirror rehearsing it a dozen times. Of course, there’s the noble and intelligent Doctor. Then there’s the sophisticated and witty Lawyer. And let’s not forget that charming and charismatic Politician-in-the-making.

Not only do I not know, I don’t have the slightest idea.

I used to be terrified of The Question. Why couldn’t I be one of the people who seems to “just know,” you know? The idea of that impending unknown slowly catching up to me with every passing day, the concept of The Future, used to paralyze me with fear. I didn’t want to choose, because choosing means committing, and committing means agreeing to the risk of failure.

I may not know the exact occupation I want to hold when I grow up, but I know that I want people to know Jesus Christ, the Savior of my soul, and extend to them the love that He has lavished upon me.

A man named Count Nicolaus Ludwig von Zinzendorf (imagine having to write that on your papers at school!) once said: “I have but one passion: It is He, it is He alone. The world is the field and the field is the world; and henceforth that country shall be my home where I can be most used in winning souls for Christ.”

My grandmother told me this: “You will be great at whatever you do, but you will be best at what God is calling you to do.”

And right now, God is calling me to love those around me. He is calling me to be the Salt and Light of the earth. He is asking me to seek Him, above school and fun and guys and all of the things that the world portrays as the most important.

To tell you the truth, it is kind of fun not to know. I could be a writer, or an FBI agent, or a missionary. I could be anything. And though that may be a little scary, a lot of the time fear is only being scared of the extraordinary things God can do through ordinary people like us.

So embrace not knowing. Embrace the awkwardness. Embrace The Question. Embrace living in the here and the now.

Trust isn’t built in good weather, but in the storms and the crashing waves. So trust. Trust that you can lean on Christ and that the path will be straight (Proverbs 3:6). He will not lead you to a dead end. Simply put one foot

in front of the other and walk in obedience.

So there I sit, among the future Doctors, Lawyers, and Politicians.

And then there’s me, fumbling for words like I am new to the English language. Only three words escape my lips, an unsure yet absolutely certain whisper, “I don’t know.” And as these words saturate the air around me, I can’t help but smile a little. I don’t know, but God does. And that is enough for now.

is a 16-year-old with a passion for writing, serving others, missions, and most of all Jesus Christ. She aspires to pursue Him in her everyday life and pour out the love He has shown her onto those around her. She is far from perfect, and rather plain and ordinary, but she serves a perfect and awesome God.