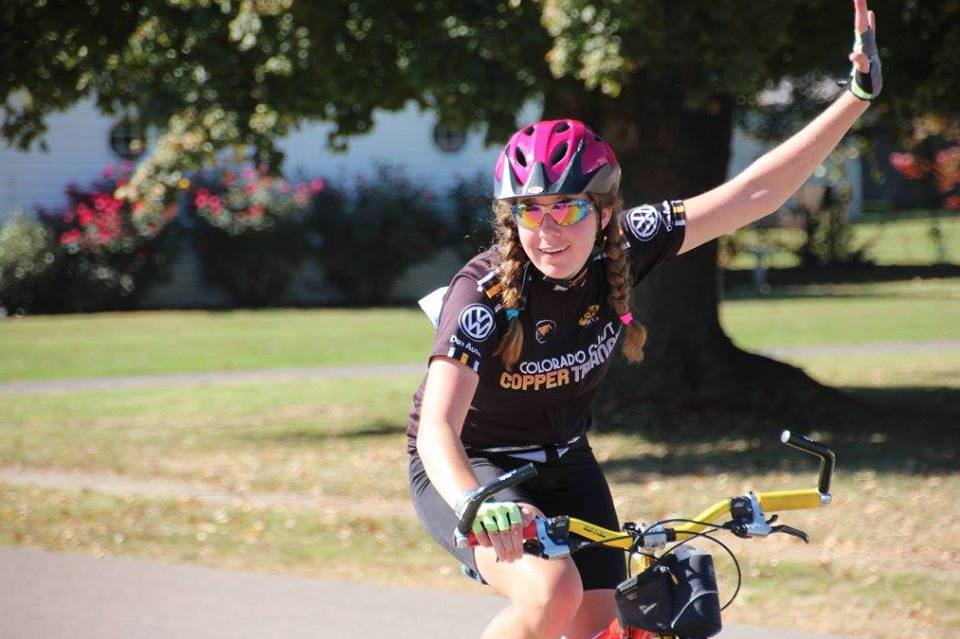 Hannah Harmon, a new and dear friend of my family, is on a mission.

Since February 2015, she has been working towards an incredible project with an even more incredible goal: She will bike across America for human trafficking.

This is not merely a straight trip from Boston to Los Angeles; this trip will take her from Orlando to Seattle to Albany and on until she returns to our church in Fruitland, Missouri.

Along the way she will tell her story and spread her infectious enthusiasm for something she could not even dream of doing on her own.

As God continues to lead her, I pray that you will be inspired to pray, contribute, or even host Hannah as she rides to spread God’s love and hope to those who have none.

This is her story.

I am Hannah Harmon, daughter of Shane and Kim Harmon.

This past spring, I served with an American missionary in Romania. It was during this time that the Lord opened my eyes to human trafficking and placed a burden on my heart to do something that might bring about its end.

Human trafficking is the use of human beings for personal pleasure and/or personal gain. It is a 32 billion dollar industry that enslaves what is estimated to be 20-30 million people.

Of those people, the U.S. State Department believes that 80% are female, and 50% are children many as young as 6. More people are slaves today than any other time in history; up to 30,000 die every day from neglect or abuse.

While those numbers are big and distant, we must remember what they represent. We cannot allow big numbers to hide the face and soul of every person in that 30 million.

We cannot forget that each number represents a life that has no hope, that young children no older than our younger siblings are enslaved.

Trafficking is truly a disease on our planet that spreads across nations even in the United States.

Several friends of mine are missionaries in Nepal who fight against trafficking, particularly with young girls.

Thus, after February I decided I would ride my bicycle across to raise money to aid those missionaries.

How that would be done, I had no idea; especially since I didn’t own a bicycle! Over the summer I began researching cyclists against human trafficking, where I discovered Riding Against Traffic and Garrett Zambrows.

In 2013, Garrett rode his bike all around the U.S. speaking every night to churches, about human trafficking.

I contacted him in September and he has been guiding me in the planning and preparation of my ride: Revolution of Love 2016.

On March 21, 2016, I plan on beginning my anti-trafficking cycling tour of the U.S. My goal is to be on the road for 189 days (almost 7 months), speaking on human trafficking and raising money to help stop it.

Throughout my journey, I will inform people across America that there are slaves even here in the U.S. and that there are ways we can stop this horrific trade.

Please join me to end modern slavery. If we band together to fight for these humans in bondage, we can show the world that love wins.

Connect with me on Facebook at Revolution of Love.

is a 17 year old Christian who wants to make a difference in the world. Currently residing in Missouri with his (somewhat) large family, he loves Christ, music, books, and films. He hopes to use his talents to glorify God through worship leadership, but until then, he'll practice patience, humility, and many other things that God continues to teach him.