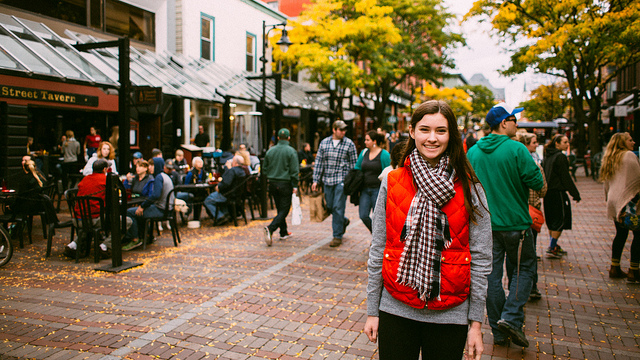 The Rebelution is no longer just a teenage rebellion against low expectations.

Because we are rebelutionaries, we rejected the Neverland nature of our generation. The inevitable yet desirable has happened: we have grown up.

I see it in some of the younger rebelutionaries and I remember thinking it myself, that when I finally reached sixteen, eighteen, twenty-one, people would start to treat me differently. They would treat me as an adult. They would expect more.

Sorry, troops. That’s one of the things that just doesn’t change.

Being British I can’t speak for the States but the older I grow, the more clearly I see that the Rebelution needs to be a lifelong movement.

It is not a place that we pass through on our way to adulthood but Robert Frost’s ‘path less traveled.’

Many of us have taken it and ‘it has made all the difference.’

This is difficult to write because it moves me so. I am overwhelmed when I look back and see all that God has been doing in my life and the lives of those around me since that little red book was first placed in my hands all those years ago.

Christ, the ultimate rebelutionary, has been making us day by day into his image.

Our paths may all look different (we are such diverse creatures) but the beating heart of the movement remains the same.

So let me say this: be encouraged. Stay faithful.

And to help you on your way, here are three things God has been teaching me as I walk the Rebelutionary Road:

This is true and not true but mostly true. You see, the Rebelution is a rebellion against low expectations but proving society wrong is not our main aim.

We are not rebelling (granted, productively) just for the sake of rebelling, because it’s a safe kind of rebellion for church kids, the kind their parents will approve of.

No, we are kicking back against all that isn’t expected of us. That’s the rebellion part. There’s also the revolution part which has one simple aim (to rewrite the Westminster Shorter Catechism)

Q. What is the chief end of teenager?

The chief end of teenager is to glorify God.

That’s the heart of the movement. That’s our goal, our motivation, our mantra.

I know you know this already but there’s knowing and there’s knowing. I knew this at sixteen but it has taken many years to learn. It should govern our decisions and it should guard our motivations (after all, we’re all prone to pride).

At seventeen, I realized that although I liked the idea of the Rebelution, I was only rebelling against expectations to prove the adults around me wrong. I was proving them wrong for the sake of proving them wrong, not for God’s glory.

Just be aware that these are two different things and we are all at risk of doing this.

It’ll take our whole lives even to begin to understand this but it is the reason for the movement, the aim, the lifeblood. Your compass for the way is this:

My chief end is the glory of God.

This is your North to keep you right and to bring you back when you lose your way.

Anyone who knows anything about the Rebelution will know this already. But I’m not sure that we all actually believe it deep down.

You can’t deny that it’s tough to be diligent in your schoolwork when other teenagers are halfway across the world fighting traffickers and saving orphans. Those guys are quite clearly changing the world while you struggle through yet another page of pointless equations feeling inadequate.

Being faithful where you are is one of the hardest things of all.

But all the little hard things are laying the foundations for the big.

I could give you a hundred examples of kindness to strangers, meals for weary friends, moments of painful honesty, all of which have paved the way for bigger hard things. I won’t though because it’s something that we can talk and talk about but it can only really be learned as you go.

This year, I decided to focus on just one hard thing that I would consciously work at: being honest.

I’m not a pathological liar or anything, it’s just that it’s so hard to get past the I’m okays in our relationships these days and that has to change. It’s not a big thing but the change in my friendships is beautiful.

It’s not big but it is hard because it is rebelling against the shallow expectations of today’s relationships and encouraging others to do the same. We may yet change the world a person at a time.

I’ve done a lot of hard things in my life, none of them big and I know that many of you will be the same. Be encouraged that this will be the case for most of us and there’s nothing wrong in that. It doesn’t mean that we aren’t doing anything, God just calls us to a different kind of greatness.

He is equally glorified by pebbles and boulders.

3. Hard things are a habit.

You have your compass in your hand and your pebble for your sling, now here are your shoes because it is a long journey.

Hard things are your boots for the march. Wear them every day and you’ll go far. Sometimes we don’t see the truth of this until we wake up one morning and realize that doing hard things is an attitude, not a one-off event.

Our hard things change over time as our comfort zone boundaries are pushed and stretched.

The longer you go without doing hard things, the harder they become. When you don’t exercise, you get lazy. If you want to get fit, you have to exercise regularly and continue to do so to maintain that fitness.

Of course, it takes discipline and that in itself is hard but eventually it becomes less scary as you make it your way of life. It’s still hard, of course, but you won’t find yourself thinking of it that way. It’s kinda exciting really.

Treat hard things like your shoes: put them on every day and walk in them. Wear them everywhere.

After a while, you’ll stop consciously seeking hard things and just do them as the opportunities present themselves (although sometimes big hard things come along unexpectedly and interrupt your life a little).

There you are, three lessons from the Rebelutionary Road.

Of course, it’s not an extensive list and it’s practical out working will look different for us all but it’s enough to keep you going for a lifetime. The principles remain.

It’s so exciting to see that so many are doing just as we hoped: defying expectations, growing up, continuing to do hard things. And it is exciting to see that the movement has grown with time and blossomed, not died – to see more and more of all ages joining the ranks.

Be encouraged, Rebelutionary. Take the road less traveled for it will make all the difference. Put your shoes on each day and keep your compass close.

The Rebelutionary Road is the more difficult and painful by far, we will not lie to you. But it is also hands down the most beautiful and only grows more and more so with every step towards the upward goal:

is a 21 year old who loves to talk about Jesus. When she's not doing that you can find her reading, sketching, or playing her ukulele. She hopes one day to be a translator.