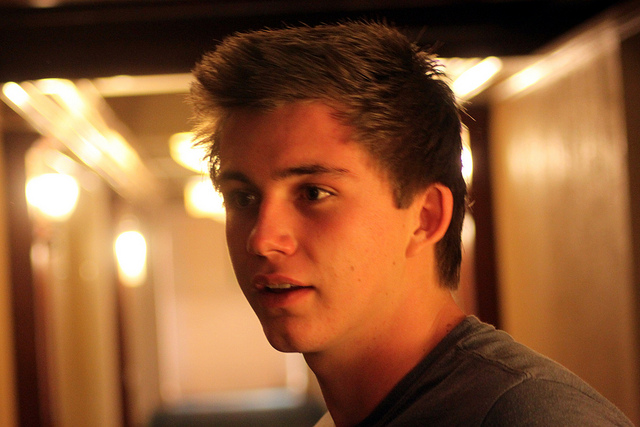 As I embarked on my first year of college, I began to notice that nearly all of my professors viewed their field of study as the most important and vital.

For various reasons they would lecture about how their field, in one way or another, has changed the world.

My Mass Communications professor would declare that the Internet has changed the world, and by using it, we can change the world as well.

My history professor would proclaim that if we do not know our history we are bound to repeat it. So by knowing our history, we can change the course of the future.

My English professor would state that powerful writing is the medium by which great men and women have helped shape the world we see today. The examples go on.

They all had valid points. Each field has its own value and strengths. But as I considered my professors’ words, something struck me.

Most of my professors, in some way, claimed that their field has played a part in changing the world. What hit me was that if you dig into this, you see that none of these fields have truly and essentially changed the world at all.

Whether we are considering the inventions of the wheel and the Internet or the spread of Greek literature and thought, none of those truly changed the world.

Let me explain what I mean.

To Change the World, You Must Change Hearts

All of these fields, whether it be science, literature, history or art, have certainly played a part in affecting the way the world operates, but the people that inhabit this world have essentially remained the same. Discoveries in these fields may change the way people view a certain subject or change the way that people operate and go about their business, but that’s as far as it goes.

The most important part of this world (humanity) goes unchanged.

Viewpoints may change, business strategies and daily routines might begin to look different, but the person who is performing those actions never changes more than superficially. It never penetrates deeper than the operating system of the world and it neglects the core.

In order for something to truly change the world it must, by definition, change the very nature of the world.

And the beating heart of this world, placed at the very center of the system, is humanity and human nature. It must do more than modify the mechanical functions of the world’s operating system. It must delve into the real flesh and blood of the world’s substance.

The Only Thing That Can Change the World

Something that changes the world must change human nature, and it must surpass simply changing the status quo so that the masses simply revise their view based on what’s popular.

This is where we see the beauty and power of the gospel.

The gospel is the only thing that does more than change the way humanity operates, but changes humanity itself. History repeats itself because humanity hasn’t changed. Humans are still selfish, still lustful, still power-hungry … still sinful.

But when the power of God invades humanity, it’s the spirit of the world that changes. And when the inner man changes, the person behind the operation will change, not simply the operation itself.

There is only one thing that brings hope…

One thing that brings purpose…

One thing that penetrates deeper than the inconsequential surface and transforms the actual dying, searching, desperate man…

The Gospel of the Kingdom of Jesus Christ is the only thing that will ever truly change this world.

It does more than alter our daily routines or our political ideologies, but it changes the nature of how the world operates.

Try typing in “quotes about changing the world” on Google. The first ten quotes will all be about something different, but the Gospel affects every facet of life.

When the Gospel changes a person, selfishness and pride are no longer the driving forces behind change, but it’s the love and power of the Father to bring creation back to its original purpose: fellowship with the One, True God.