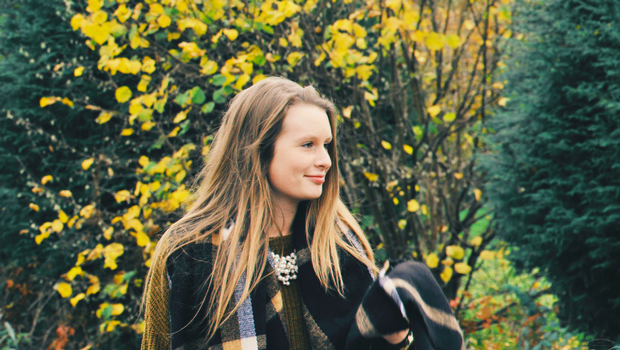 “So, who do you think is the cutest Disney prince?”

I glance up at the other two girls sharing the table and nudge quinoa around my plate, stalling for time.

Questions like this freak me right out. I could say that Cinderella Man is okay, except his features are too delicate, or that Prince Adam has nice eyes, but he could stand a haircut. However, something seems off about this whole ritual of rating people based on their appearances, fictional or otherwise.

Certainly, I get that there are always going to be aspects about people, including physical aspects, that each of us finds attractive or unattractive. God gets this too. In fact, He devoted entire sections of the Bible, in Song of Solomon, to portraying the physical attraction between a bride and groom.

But as harmless, natural or entertaining as discussing one another’s appearances may seem, we would be wise to remove “cuteness appraising” from the spotlight of our minds and conversation for at least four reasons:

The Apostle Peter nailed it when he wrote to first century women believers,

“Your beauty should not come from outward adornment, such as elaborate hairstyles and the wearing of gold jewelry or fine clothes. Rather, it should be that of your inner self, the unfading beauty of a gentle and quiet spirit, which is of great worth in God’s sight.” (1 Peter 3:3-4, NIV.)

In other words, because what makes each of us incomparably valuable has nothing to do with appearance, we shouldn’t act like it does.

When we boil down human worth to an attractiveness score, we miss focusing on what truly makes each of us treasured in the sight of God.

By focusing on the mere appearances of our brothers and sisters in Christ rather than on their irreplaceable value in the kingdom of God, we diminish one another’s worth as God’s image bearers.

Imagine if instead of evaluating the physical, we spent our energy appreciating the spiritual. Imagine if our words, behavior and attitudes encouraged, built up, respected, honored and validated one another as beloved family members in Christ. What would happen?

“in everything, do to others what you would have them do to you, for this sums up the Law and the Prophets (NIV).”

“Everything” doesn’t leave much out, including our conversations. When we talk about others’ appearances, how comfortable would we be knowing that others were delivering those appraisals about us? Even if the evaluations were positive, how would we respond to realizing that people were founding their beliefs about us on a purely physical basis, rather than appreciating us for who we are in Christ?

Perhaps this is one reason why, a few verses earlier, Jesus warned,

“Do not judge, or you too will be judged. For in the same way you judge others, you will be judged, and with the measure you use, it will be measured to you.” (Matthew 7:1-2, NIV.)

4. It feeds our cultural obsession with image.

Despite the dangers of judging, appearance-based judgments come all too easily when we live in a culture preoccupied with image. Everywhere we look, whether while walking through malls, standing in grocery store lineups, or glancing at the nearest screens, we see evaluative messages which equate success with appearance.

How much heartache, from disillusionment and discontentment to depression and eating disorders, do these messages cause?

And what does Christ see?

According to God’s words when He warned Samuel against judging by appearances when anointing the next king of Israel,

“The Lord does not see as man sees; for man looks at the outward appearance, but the Lord looks at the heart.” (1 Samuel 16:7, NIV.)

While we can’t look into people’s hearts, we can look at people through eyes which seek the heart of God. Then, as we align our hearts with God’s, and set our minds on things of eternal value rather than things of earthly concern – like others’ cuteness scores – our attitudes change.

Rather than transfixing our thoughts upon comparing Cinderella Man and Prince Adam, we become able to fix our gaze upon the Prince of Peace: seeking His kingdom; loving His family.

Now that’s some kind of beautiful.

is a homeschool grad with a threefold passion for Christian apologetics, outdoor adventure, and Dutch licorice. After finishing her B.Sc., she began backpacking internationally to blog about the challenges and opportunities of being a Christian student at secular universities around the world. If she’s not writing, hiking or building travel gear from dental floss, you’ll probably find her outside tuning a ukulele. You can access her blog, newsletter and devotional ebook at www.patriciaengler.com.