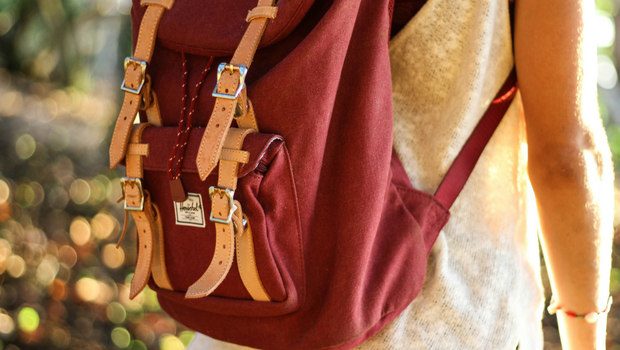 I was sitting on the train on my way to Uni the other morning when a group of people sat in front of me. Two little girls – around six years old and more than likely twins – spending the day out with their grandparents.

I untangled my earphones and listened to music as I looked out the window, watching the same scenery go by as I do four times a week.

An almost two-hour commute to Uni and the same back home makes it long and boring. The same walls and back streets plastered with graffiti. The same construction sites. The same people doing their exercises at the park or swimming lap after lap at the public pool. The same flock of people rushing to get on the train at each station. The same ‘Jesus is the Answer. Read your Bible’ sign plastered on the side of a worn-down building.

Nothing is ever that different. It’s never exciting. It’s routine.

As I gazed out the window, I watched the world go by without really paying much attention to it. My mind was elsewhere. By ‘elsewhere’, I mean thinking about the ten-minute class presentation I had to do in less than an hour. Splendid.

My train of thought (pardon the pun) was quickly interrupted by the two giggling girls sitting in front of me. The pair – much to their grandparent’s dismay – had their noses pressed up against the glass window of the train providing running commentary on what they could see outside.

“Look at the swimming pool! It’s so big and blue!”

“Wow! It would be so cold swimming today, though. Nanny, how are those people swimming? It’s so cold! And look at the puppy there in the park!”

“Aww! It’s so fluffy, and look at its curly tail. It looks so happy!”

These twins saw everything around them in such an amazing way. The lens of sheer awe and wonderment through which they happened to see the world completely perplexed me – in a way that brought a surprising smile to my face. The environment that I deemed to be dull, and the routine that I was adamant was tedious, they somehow managed to see from a completely different angle.

Perspective. Got to love it, right?

They noticed the little things, and more importantly, they appreciated them, too. A completely different perspective to me.

The young man that was running frantically to catch the train, they believed was excited to go to work. The woman walking down the street had pretty flowers on her dress that almost matched the ones in the garden next to her. The grey, overcast sky holding back drops that would more than likely fall as I walked from the station to class, was in fact featuring a bunny-shaped cloud. Every little thing they saw outside was amazing. And the best part? They were looking out the same window as I was.

It made me wonder that while we may see things one way, others can have a completely different outlook. I realized that while I may have grown up and matured, I lost that excitement for life that inherently comes with being a young child. Although I have more responsibilities now, I was becoming disengaged and unobservant to the beauty that constantly surrounds me. It’s there; you just have to look out the window with a different lens.

Rather than realigning my attitude and perspective, I was focusing on the mundane tasks that I had to do. Each day was a routine and I was blatantly missing the little things around me that would bring me happiness. Perhaps we all need to grow up, but not too much.

Before I knew it, the train pulled into my stop and I gathered my things. For the first time in three years of catching the train, I didn’t actually want to get off. The girls watched me as I stood up and as we made eye contact, I smiled at the two of them.

Little did they know that within that smile was a small thank you.

A thank you for letting me, for even just a brief moment, see the world through the eyes of two beautiful, care-free six-year-olds.

A thank you for not only allowing me to recognize the beauty that lies everywhere around us, but also to appreciate it. A thank you for gratitude in the most innocent of its forms.

A thank you for reminding me that maybe, just maybe, routine doesn’t have to be all that bad – we just have to change the way we see things.

Jessica Shipton is a twenty-year old student finishing her third and final year at the University of Technology Sydney in Australia. She is studying a Bachelor of Communication completing a double major in Digital & Social Media and Public Communications (Advertising). Jessica has loved writing ever since she could pick up a pen and enjoys travelling, whether it be on holiday or serving on a mission trip