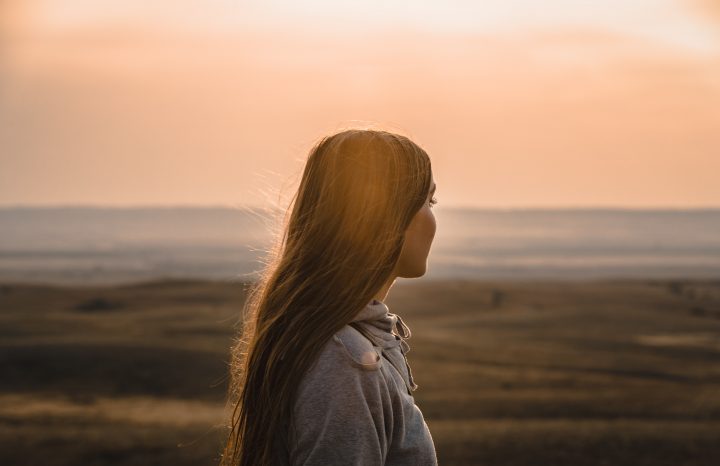 It was my second year of college and I was taking a class on public health. The professor had an interesting idea and asked the class to meditate for a couple of minutes and write about their life-long plans, goals, and desires for the future. I don’t remember what the connection between public health and our plans was, but I followed his instructions anyway. By the end of the time we were given, the professor chose two students, a young man, and a woman, to share what they had written down. Both of them, proud of what they had written, began explaining what their plans and desires were.

The young man said he planned to get married, have children and work hard to sustain his family financially, that was the reason he was currently going through the bachelor program. His main motivation in life was namely love and his desire of providing for his family. When it was the woman’s turn to speak she said she wanted to continue her studies with a master’s degree upon graduation from the bachelor program. Then she would continue with a doctoral program to do scientific research, she wanted to write a book or two, work as a professor in a renowned university, and win a Nobel prize.

Her final words were: “Oh, and I never EVER want to get married or have children. That would just ruin it ALL!” Contrary to the selfless motivation the young man had to carry on studying, all she wanted was to serve herself. The man was thrilled by the idea of one day having a family, the woman despised the very thought of it.

As it happens to many other women, she had believed the lie that motherhood is a modern type of slavery, that pursuing a career was more valuable than having a family, and that no matter what: all men were perpetrators of female oppression, evidenced by the lack of women in the workplace.

Looking back, I am almost stunned by the fact that that young woman was me: I had wished to never marry, and never have children, and dedicate my whole life to scientific research. It was my desire to achieve more than any male scientist could, to prove women were self-sufficient and capable too. My life was a race against men, and a life full of hatred.

The hardcore feminist Andrea of that time would have obviously denied all of what I will write below, but I write it in the hope that feminists and ex-feminists will relate to this and know that there is hope.

I confess that when I was a feminist:

According to the feminist narrative, all women are victims of the patriarchy, and all women are victimized by men in one way or another. As a good feminist, I believed it all, even if I was not presented with facts or had enough examples to prove that was the case. The bare reasoning seemed plausible, and instead of assessing the behavior of each of my male friends, or male family members individually, I would just put all of them in the same box and say they all discriminated against women, they all wanted to rule over them authoritatively, and they all wanted to take advantage of them.

I could have objectively said that many of the men I knew were actually kind, they admired women, and they protected them whenever they saw them being wronged by others. But that went against the feminist narrative, and I could not afford to acknowledge men can be good. Therefore I would unconsciously seek any reason to categorize men as chauvinist or sexist, whether because of something they said or did, or the way they behaved, or by things they expected from women. According to feminism, all men are evil, and I was all in for finding reasons to support that claim, even if it did not make any sense.

I hated men, even if they had never wronged me. I did not care for getting to know them as individuals, I hated them as a collective group and my hatred did not stop there.

All those women who thought men and women have a different design, and a different role, and who thought marrying is something desirable, and being a mother the greatest job one could have… All those women who would spend hours trying on different hairstyles, and clothes, and makeup to look pretty, and would gladly invest their day on baking, and cooking, and cleaning, desiring to be good homemakers, and good hosts… Who did they think they are?

Since men and women were supposed to be treated as equals, why would women have to make such a huge effort on looking a certain way, when men were often careless about the way they looked? Why would society put such a burden on women and coerce them into using beauty products, makeup, and wearing nice clothes? It did not fit in my mind that women actually do pay attention to details and appreciate beauty in a different way than men do. It did not cross my mind that caring for looking beautiful is not something bad or despicable as I thought it was.

Feminism says beauty is a social construct, that beauty is relative. Furthermore, according to feminism beauty is even a means of the patriarchy to oppress women, and have them focus on unachievable beauty standards while men have a free pass on that. As a result, I would put the littlest effort into dressing up, I would refuse to brush my hair, or wear any sort of makeup. And of course, I would bad mouth any girl who had a different view on beauty than me. Though my only vague view on the issue was: “There is no such thing as beauty.”

The word “family” became a synonym of “failure to stand against the patriarchy that so much oppresses women.” “Family” seemed to me, the place where women are exploited and refrained from chasing their “true” dreams, while their husbands have the undeserved privilege of working and following their dreams outside of the household. The logical consequence was that I despised the nuclear family. For the good of all women, I desired to get high positions in my work field to prove women were also capable of being successful and did not need a family to feel fulfilled. Not for a moment did I consider that serving your family and being a homemaker is the actual privilege, and not working full time for a boss whose only connection with you is well…work.

When I was a feminist the goal of my life was to run a race against men, even if running it would mean renouncing everything I was designed for. My efforts and achievements were fueled by hatred and indignation and I truly thought I was happy like that. I thought I was making an impact, and I could not see how I was wrong.

Now I know that I was wrong. But I also know – and this is my last confession – that:

A wrong understanding of womanhood, manhood, and the family led me to the miserable life I had back then. I thought there was not a right way to define those things, and there was not a right way to do things either. According to the world, I could excuse my bad behavior against men, women, and families with the stands of feminism and their narrative. I had an excuse to seek rightful revenge. But what kind of hope and purpose does that offer?

Feminism offers no hope and no real purpose.

The hope I had left was that a gracious Father would decide to open my eyes to the reality that God is holy, and I am the opposite. The reality was that I was not the one being wronged by anyone, but that I was the wrongdoer, disobeyer of the Holy Word of the living God. Further along, by knowing Christ, the Son of God who came to die for unrighteous men thus offering salvation to them, I understood that only He could give me a new life and help me understand all the things I previously hated.

By knowing Christ, spending time reading God’s Word, and listening to it being preached I learned what the purpose of humanity was, and how he designed men and women differently. I could see how beautifully God crafted the family, graciously allowed imperfect men and women to serve Him in the covenant of marriage, and gave them the privilege of having children and instructing them in His Word.

Yes, I used to be an arrogant, proud, and self-centered feminist unwilling to love anyone, and God saved me. Not because of anything I was, or anything I could offer, but because of pure grace. That is the hope that we have, to know our condition of sinners, to repent before the Father, and to find salvation in Christ through faith. The hope we have is to know what He made us for as women, and men; to be able to show to our families, husbands, friends, siblings, and colleagues, the love He shows us every single day.

This article was originally published on Tasting the Ocean.

is a Christian scientist, writer and entrepreneur
who does missionary work in Bolivia and manages content at
Tasting the Ocean Ministry. She is passionate about sound theology,
and seeing life, politics, and global culture from a Christian worldview.
You can follow her work here.