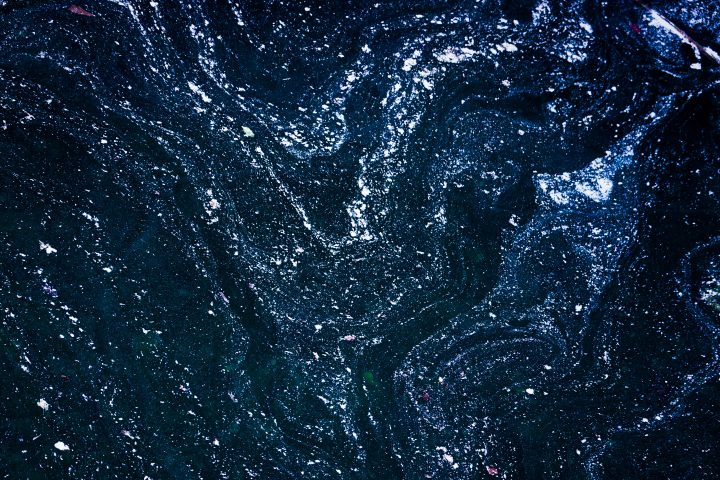 Editor’s Note: Several months ago, Levi Dade, founder of Defending Christianity, shared with us why we need to love God with not just our emotions, but also our minds. Now, Levi is back and showing us a glimpse of what that looks like by helping us understand the viewpoints of other worldviews—in this case, atheism.

Joseph Stalin, political leader who governed the Soviet Union for 29 years, is known for committing perhaps the world’s most sinistrorsal act of genocide, killing some 20 million innocent lives.

Making things worse, the number of people that Stalin also blacklisted, drove from homes, or arrested without cause was nearly another 20 million. To help us understand the enormity of these numbers, Paul G. Humber explains in his article, “Stalin’s Brutal Faith,” that while Adolf Hitler is credited for killing millions, Stalin is responsible for tens of millions.

Stalin devoured the work of Charles Darwin, specifically his The Origin of Species, which influenced Stalin to identify as a Darwinian evolutionist…and ultimately, an atheist.

The Logic of Atheism

Imagine if you had the opportunity to ask Stalin to explain his brutal actions. As an atheist who worshiped Darwinian evolution (no irony intended), if he were follow his atheistic worldview’s logic consistently, you might hear something like this: “It wasn’t me. It was a chemical reaction from the molecules of my DNA that evolution gave me. And since I was just reacting, there really isn’t anything wrong with it.”

What kind of person would believe that?

Of course, Stalin would not have readily admitted this. However, that is exactly what the atheistic worldview does: it condones genocide, evil, acts of violence. Not many atheists will make such an admission. However, the logic of atheism, if followed consistently, leads to such conclusions. Even the conclusion that there’s nothing wrong with genocide.

To clarify, the point of this article is not to claim that atheists are immoral people who condone murder. Because most do not. This article wrestles with the ideas of atheism, not people who claim to be atheists. Many people who label themselves as atheists have not fully followed the logical implications of their beliefs to this point. But the ideas of atheism, if followed consistently, lead to condoning acts as unthinkable as Stalin’s.

No God, No Purpose

Have you noticed that humans constantly search for meaning in life? Indeed, the need to have a meaningful life, with purpose and value, is a basic, internal need of every human. Atheism doesn’t grant us objective meaning to life. Richard Dawkins famously wrote, “DNA neither knows nor cares. DNA just is. And we dance to its music.”

Does this mean my DNA is determining my every move? That seems to be the case if atheism is true. Think about it. If God doesn’t exist, then everything from the beginning of the universe to one’s own life is nothing more than a product of random chance. There is no design involved. Without design, what’s the purpose? If I am just “dancing to the music of DNA,” then anything I say, do, or think is predetermined by the way my atoms are arranged. There is no free will to choose anything. Rather, there is only cause (my atoms) and an effect (words, actions, thoughts).

If everything in life is predetermined by our evolutionary biology, there can’t possibly be objective meaning to life. We are left with the cold fact that our lives are just blots in the universe, here today, gone the next, with no direction or destination, and with absolutely no purpose, no meaning, and in the end, no value. Random chance, which comes through the blind, chemical reactions of my DNA, does not give our lives meaning. Click To Tweet

No God, Then Materialism

In simple terms, materialism is the idea that nothing exists except for matter. Atheists are materialists because, according to them, there is no God. Everything that exists can be seen, and whatever can’t be seen doesn’t exist.

If we momentarily believe only material things exist, where does that leave us? Only matter exists, but many things that atheists appeal to aren’t material objects. Concepts such as justice, love, honesty, evil, and so on aren’t made of matter or material. They have no molecules. They have not evolved because for something to evolve it first needs to be involved in the material world (see what I did there?). However, the theistic worldview is consistent with these concepts. Atheists must borrow these concepts from a theistic worldview and embed them into their worldview.

No God, No Objective Morality

Objective morality is the idea that the standard by which behaviors are judged as good or bad is not determined by any one individual. Rather, morality (knowing right and wrong) comes from something beyond human opinion. Ultimately, the Christian worldview says that God’s nature serves as the standard of morality.

If God doesn’t exist and we’re only the mindless, purposeless products of biological evolution, then morality is subjective. This means that stealing or murdering someone isn’t really unjust. If you think it is, then that’s just your personal opinion.

Does this mean atheists are unaware of moral values? No, of course not! But atheists can’t identify the foundation grounding morality. The question isn’t “What is morality?” but “Why does it have authority over us and where did this authority come from?”

Atheists can know morality exists, but without God they will be very hard pressed to justify it or explain why we have morality in the first place or where it comes from.

Since, according to atheism, our thoughts and behaviors are the results of blind forces brought on by evolution, how can anything be objectively wrong? Since everything is a chemical reaction in our brains, how can we be held responsible? We didn’t do it! Our evolution did! We can’t be held responsible because we aren’t doing anything– we are merely reacting. In other words, we don’t even have free will according to atheism! Every thought and every action is a result of blind, chemical processes that evolution granted us! Nothing is wrong, nothing is right, everything just is. To hold people morally responsible, atheists must as Frank Turek says, “steal free will and morality from God.”

No God, No Evil

We have discovered together why the atheistic worldview cannot have objective purpose and morality and why it consists of only material. So, if there is no God to ground morality, meaning, or any abstract concept of reality, where does this logic take us with the problem of evil?

While Christians often are pressed to explain how God and evil can coexist, the truth is that every worldview must provide an answer for the existence of evil.

On the one hand, the atheistic worldview claims their world is void of good, evil, justice, or injustice (since those things aren’t made of material), yet on the other hand, they shake their fists at Christians and the God they worship for all the evil in the world.

If evil does not exist, atheists have no grounding to complain over someone’s actions because we aren’t really doing it anyway. According to atheism, we are just “dancing to the music of our DNA.” If atheism is true, then all behaviors are of personal preference and equally acceptable.

Evil is the absence of (objective) good.

C.S. Lewis, once an atheist himself, became a believer in God (and eventually a Christian) because of evil. He wrote, “My argument against God was that the universe seemed so cruel and unjust. But how had I got this idea of just and unjust? A man does not call a line crooked unless he has some idea of a straight line.”

No God, Then Genocide

How does all this show genocide isn’t immoral in the atheistic worldview? To recap: According to atheism, there is no purpose to life, so it doesn’t matter what happens to anyone any more than it matters to a fly on the wall. Moreover, materialism alone defines reality. There is also no objective morality, so any behavior isn’t right or wrong, it just is what it is.

To be a consistent (and honest) atheist, you must believe Stalin was not wrong for killing tens of millions of people. You even must be okay with someone doing wrong to you to get what they want. Remember, morality doesn’t exist. If they think it’s okay, then it is.

Indeed, to be an atheist to the fullest degree, you must condone genocide.

A Message of Hope

However, we aren’t left hopeless because of the truth of Christianity. There’s enough evidence to believe that Christianity is true beyond the shadow of a doubt.

The God of the universe created all things with intentionality and direction. He made you and I with the greatest amount of love for us we could ever imagine. Click To Tweet

In Psalm 139:17-18a, David pens, “God, how precious your thoughts are to me; how vast their sum is! If I counted them, they would outnumber the grains of sand,” (CSB).

God’s thoughts of us are not what we think they are. He sees us as his precious image-bearers who he longs to be in a relationship with.

Romans 5:8 also says, “For rarely will someone die for a just person– though for a good person perhaps someone might even dare to die. But God proves his own love for us in that while we were still sinners, Christ died for us.”

A person only rarely dies for someone who is good, but God showed how much he loves us by dying for us even when we hated and rejected him. That’s what God’s love looks like. While on the cross, his crucifiers mocked him, all the while he was asking God to “forgive them, for they don’t know what they are doing (Luke 23:24).

Please know that whether you’re an atheist, agnostic, or someone of a different religion, God loves you even while you reject him. He died to prove it so that you can live. If you’ve ever received hate from Christians: I am so sorry. That was not Christ. That was not what God wanted. In this moment, God desires for you to accept his gift of forgiveness through Jesus. He’s the only one who can best explain reality, as we have seen.

Yes, Christianity requires faith. However, there’s also good reason to believe Christianity is true. How does evidence, reason, and faith work together? To end, Craig Blomberg summarizes: “Historical evidence moves us a long way closer to being able to demonstrate our beliefs. As a result, the faith that is necessary is reasonable.”

River Out of Eden: A Darwinian View of Life, Richard Dawkins

Stealing from God: Why Atheists Need God to Make their Case, Frank Turek