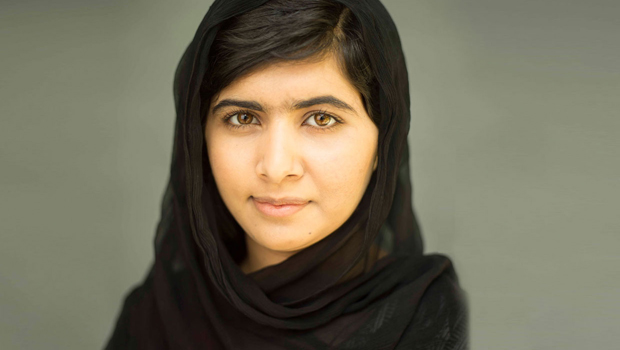 (Parade) — In a country that’s seen more than its share of violence, the fate of one teenager might not seem to count for much. But somehow Malala Yousafzai of Pakistan has managed to become an international inspiration. She was only 11 when she took on the Taliban, demanding that girls be given full access to school. Her campaign led to a blog for the BBC, a New York Times documentary, and a Pakistani peace prize.

But all that was only a prelude to even more extraordinary events. Last October, Taliban assassins attacked Malala, then 15, on her way home from school, shooting her in the head. Here, in an excerpt from her book, I Am Malala, she describes that day and offers her hopes for the future:

Tuesday, Oct. 9, 2012, wasn’t the best of days to start with, as it was the middle of exams—though as a bookish girl I didn’t mind them as much as some of my classmates did. That morning we arrived in the narrow mud lane off Haji Baba Road in our usual procession of brightly painted rickshaws sputtering diesel fumes, each one crammed with five or six girls. Since the time of the Taliban, our school has had no sign and the ornamented brass door in a white wall gives no hint of what lies beyond.

For us girls, that doorway was like a magical entrance to our own special world. As we skipped through, we cast off our head scarves and ran helter-skelter up the steps. At the top of the steps was an open courtyard with doors to all the classrooms. We dumped our backpacks in our rooms, then gathered for assembly under the sky, our backs to the mountains.

The school was founded by my father before I was born, and on the wall above us, “Khushal School” was painted proudly in red and white letters. We went to school six mornings a week, and as I was in Year 9, my classes were spent chanting chemical equations or studying Urdu grammar, writing stories in English with morals like “Haste makes waste” or drawing diagrams of blood circulation—most of my classmates wanted to be doctors. It’s hard to imagine that anyone would see that as a threat. Yet outside the school lay not only the noise and craziness of Mingora, the main city of the province of Swat, but also those, like the Taliban, who think girls should not go to school.

Because it was exam time, school started at 9 instead of 8 that morning, which was good, as I don’t like getting up and can sleep through the crows of the roosters and the prayer calls of the muezzin.

I slept in the room at the front of our house. The only furniture was a bed and a cabinet that I had bought with the money I’d been given as an award for campaigning for peace in our valley and the right for girls to go to school. On some shelves were the gold-colored plastic cups and trophies I had won for coming first in my class. There were a few times I had not come out on top—both times I was beaten by my class rival, Malka-e-Noor. I was determined it would not happen again.

The school was not far from my home and I used to walk, but since the start of the last year I had been going with other girls in a rickshaw and coming home by bus. It was a journey of five minutes along the stinky stream, past the giant billboard for Dr. Humayun’s Hair Transplant Institute, where we joked that one of our bald male teachers must have gone when he suddenly started to sprout hair. I liked riding the bus because I didn’t get as sweaty as when I walked, and I could chat with my friends and gossip with Usman Ali, the driver, whom we called Bhai Jan, or “brother.” He made us all laugh with his crazy stories.

I had started taking the bus because my mother worried about me walking on my own. We had been getting threats all year. Some were in the newspapers, and some were messages passed on by people. I was more concerned the Taliban would target my father, as he was always speaking out against them. His friend and fellow campaigner Zahid Khan had been shot in the face in August on his way to prayers.

was only 11 when she took on the Taliban, demanding that girls be given full access to school. Four years later Taliban assassins attacked Malala on her way home from school, shooting her in the head. She miraculously survived and continues her campaign for education.