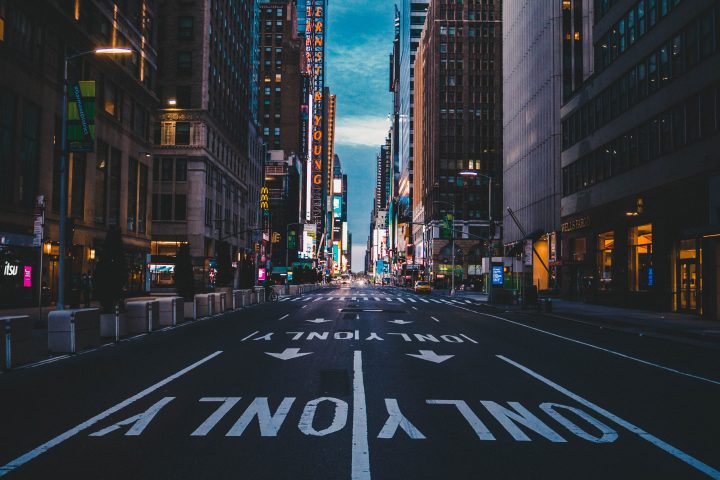 Okay, I admit that was a strange way to start an article with such an intense title – but it got your attention, didn’t it? Now, let’s talk about Generation Z and the future of the Church within America.

Culture Shift in the Church

There is no denying the shift in the culture, but it seems not many understand what that looks like for this generation of teenagers. Otherwise known as the iGen, Gen-Z is anyone born from 1997-2012. We are the most plugged in generation ever, yet suicide is the second largest cause of death. We have all the information we could ever want at the end of our fingertips and no discernment. We are connected to millions of people online, yet we are often confused, depressed, anxious, and lonely.

For years, the American Church has approached youth ministry as a numbers game. “Whatever gets them in the door” has been the anthem, turning the church ‘relevant’ in order to connect. Cool lights were installed, loud music was played, all the pizza was bought, and a room filled up with teenagers to give us a thirty-minute motivational speech about how fun it is to be a Christian. This has gone on for more than four decades. Google “Millennials and religion” and the headlines tell you all you need to know about the results.

We are now faced with an entirely new phenomenon and a new generation. Generation Z is unique in its passion. As a whole, the teenagers of today are constantly looking for a cause to fight for and the world is answering that call.

The world is teaching, instructing, guiding, and offering us those causes to fight for, giving a sense of purpose to a generation devoid of hope. They told us to vote “like your life depends on it, because it does,” so we did. We voted in droves – mostly for liberal ideology. We march and riot, post our views on social media, speak out for “justice” of all kinds, but can’t define it basically – let alone Biblically – if we tried. The minute we identify with Christian values is the minute the woke mob comes at us. Who wants to be a racist, sexist, homophobic, misogynistic monster? Critical Race Theory, LGBTQ+ issues, gender dysphoria, and self-love are eating us alive.

The Church’s response? Come have a nerf war with a sprinkle of Jesus. Why is that?

The Death of Cultural Christianity

No longer are teenagers wondering, “Which truth is true?” Instead, we’re loudly asserting that truth cannot be known–or that all truths are valid. After years of being given the idea that Christianity is “super fun,” we’re entering a culture war we’re grossly underprepared to fight in. According to the Barna Group, Generation-Z is the least religious generation in the history of America. David French writes:

“Especially among Evangelicals, there is a naïve belief that if only we were winsome enough, kind enough, and compassionate enough, the culture would welcome us with open arms…Christians who’ve not suffered for their faith often romanticize persecution. They imagine themselves willing to lose their jobs, their liberty, or even their lives for standing up for the Gospel. Yet when the moment comes, at least here in the United States, they often find that they simply can’t abide being called “hateful.” It creates a desperate, panicked response. ‘No, you don’t understand. I’m not like those people — the religious right.’ Thus, at the end of the day, a church that descends from apostles who withstood beatings finds itself unable to withstand tweetings. Social scorn is worse than the lash.”

If this remains the pattern of the church, Generation Z is where the remnants of Cultural Christianity is going to die. There is no sitting on the fence any longer. I consider the death of “Cultural Christianity” a good thing, but it’s vital the Church responds accordingly. What if the church stopped focusing on entertaining the masses and started focusing on teaching the fundamentals?”

I consider the death of “Cultural Christianity” a good thing, but it's vital the Church responds accordingly. What if the church stopped focusing on entertainment and started focusing on teaching the fundamentals? Click To Tweet What if the church stopped talking down to teenagers “on their level” like we are incapable of understanding deep topics? What if the church taught rigorous classes in apologetics and theology and challenged us into spiritual maturity? It’s not good enough just to get us in the door. It’s time to stop just putting out the fires that are smoldering and start giving us the fuel.

Generation Z is a post-Christian generation. America is a post-Christian nation. Looking ahead, the issues facing us in the next decade and beyond are going to be nothing short of persecution. We have been sheltered here and are completely unprepared to face what lies ahead.

Christian Gen-Z needs to know how to find truth, how to develop discernment, and how to think critically. We need answers to questions the world is only too happy to answer for them on TikTok. We need a solid foundation on the Word of God and Biblical Literacy. We need to learn how to confidently face the whole world and bow the knee to Christ alone, refusing to live by lies.

This is the era of re-definition, re-education, deception, and abominations protected by law. There is a greater battle taking place.

is a 19-year-old girl with a passion to see Christian Gen-Z be equipped by the truth of the gospel and solid theology to fight the lies of the culture. She seeks to reach people through writing and wants to utilize that strength for the glory of God wherever she can. You can keep up with her on Instagram.