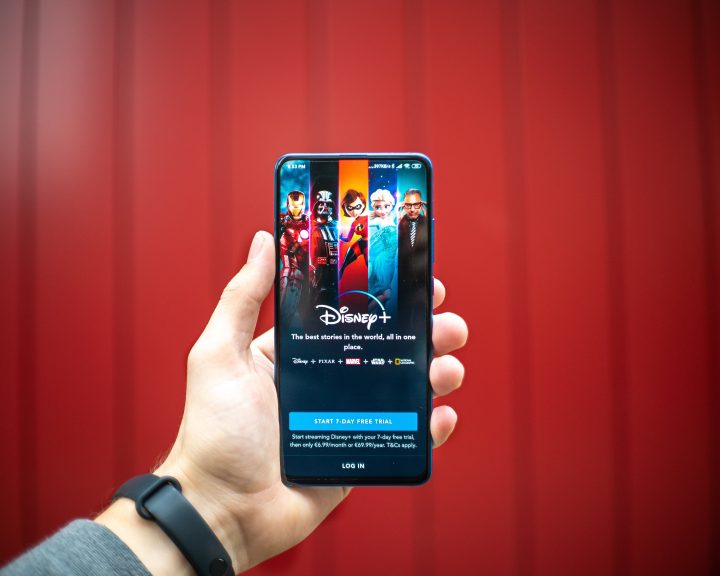 When I was a little girl, I dreamed of one day being Cinderella. I would sit riveted in front of the TV as I watched my favorite Disney princess experience her happily ever after. Castles and fairytales, glass slippers and princes took up my five-year-old brain space and I was lost in the innocence and wonder of it all.

The power fairytales have upon young minds is nearly as strong as the power of the Enchantress to cast a spell upon the prince in Beauty and the Beast. But sadly, Disney knows the impression media has upon children and innocence and wonder are words that no longer describe the formerly family friendly company.

Videos were recently released in which Disney corporate leaders discuss how the “not-at-all-secret gay agenda” is inserted into children’s programming. Many families are now boycotting Disney after they announced the removal of all gendered language at their theme parks. Apparently “Ladies and gentlemen, boys and girls” isn’t inclusive enough to be considered politically correct.

While many seem shocked and dismayed at this turn of events, the subtle (or not-so-subtle) signs have been present for years. The last thing we should be is surprised. It started out as minor characters portrayed as gay and progressed to entire storylines revolving around LGBTQ+ topics. The agenda has been making its way onto our screens for decades.

The famous 1987 strategy paper, “The Overhauling of Straight America” wrote, “The first order of business is desensitization of the American public concerning gays and gay rights. The visual media, film and television, are plainly the most powerful image-makers in Western civilization. . . . So far, gay Hollywood has provided our best covert weapon in the battle to desensitize the mainstream.”

But remember, this was written in the 1980s. It’s only increased in the 30 plus years since. And Disney is more than happy to play its part in indoctrinating the next generation. Disney employees have been quoted as saying that the company “has totally gone off the rails. From critical race theory to gender ideology, executives are pushing extreme left-wing activism in every facet of the company, from erasing the words ‘boys’ and ‘girls’ from its theme parks to tracking ‘canonical trans characters’ in its children’s programs.”

While the agenda isn’t new, it is becoming more overt and Disney is simply one player on this cultural stage. Everywhere we turn, we see evidence of a society attempting to rewrite the definition of marriage and disregard one of the most basic of human realities—male and female. Our society seeks autonomy over truth and preference over fact and the biological realities that define us all are now swept under the rug as options to pick and choose at will.

Here we see one of the greatest signs of a society in rebellion against God—a society where women desire to be the same as men, where true manhood is considered toxic, and where society says there’s no difference between the two. Click To Tweet

Here we see one of the greatest signs of a society in rebellion against God—a society where women desire to be the same as men, where true manhood is considered toxic, and where society says there’s no difference between the two.

How Should A Christian Respond?

So how should a Christian respond to Disney’s agenda and the larger LGBTQ+ movement?

While there are numerous actions we can take such as boycotting businesses that promote unbiblical ideas and choosing our entertainment with care, what I want to focus on here is simple—yet perhaps more difficult for its simplicity.

We need to tell God’s story as it was meant to be told—through both our words and our lives.

I’ve heard it said Christians are not called to change culture as much as they are called to be a culture. The world will always do what the world has always done—rebel against God. Culture will always be sin-ridden and broken because we live in a fallen world. If it’s our goal to turn this earth into a utopia, we will be sorely disappointed. Instead, we have a greater calling: to be salt and light in a dark and hurting world. (Matthew 5:13-16)

Unfortunately, many Christians are so deeply entrenched in the ways of the world that the cultures of their homes and churches look much the same as everyone else’s. Instead of being “blameless and harmless, children of God without fault in the midst of a crooked and perverse generation,” (Philippians 2:15) we absorb the ideas and mindsets around us and suddenly, we’re not changing culture, but culture is changing us.

Regardless of Disney, Hollywood, and the agendas around us, God’s story is still true and His plan is still good. Click To Tweet

The good news is that regardless of Disney, Hollywood, and the agendas around us, God’s story is still true and His plan is still good. And it’s the responsibility of us, His people, to show the goodness of that plan to the world around us as we daily live it out. As I say in my book Stand Up, Stand Strong regarding the topic of gender: “In a culture that calls gender fluid, we can live with clarity. In a world that denies the differences between men and women, we can take a countercultural stance and embrace the beauty of God’s design for gender. Both men and women hold equal value to God. Our differences don’t add or detract from our worth but affirm our value in God’s sight. It’s good to be a man. It’s good to be a woman. It’s good to embrace the God-given gender we were born with. It’s good because God called it good and because the unique and intricate differences between men and women are a part of His stunning design for humanity.”

Refuse to bow to the agenda. Be wise and discerning about what you allow to fill your home and mind. Don’t brush off subtle ideas as no big deal, but recognize them and counteract them with truth. Seek to be a culture that proclaims God’s truth and daily lives it out. While we may not be able to turn back the clock and bring back the “good ol’ days” many remember, we can always make the choice to live by the timeless truths of the Word of God.

Because neither the Enchantress nor Disney itself has the power to cast its spell and turn the beauty of God’s design into the beast society has created.

For more, check out Stand Up, Stand Strong: A Call to Bold Faith in a Confused Culture. 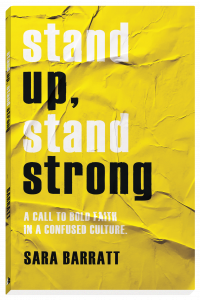 Trade confusion for clarity…and live boldly for God in a world gone crazy
How do I navigate LGBT+ issues as a Christian?
How can I know who I am in such a “be yourself” world?
How should I think about things like Critical Race Theory? Abortion? Transgenderism? Media?
How can I apply biblical truth to the hot-button issues of today and remain faithful to God…even in an anti-Christian world?

Stand Up, Stand Strong tackles all these questions and more. With powerful examples from Scripture and stories from teens today and through the centuries, Sara Barratt, Editor-in-Chief of theRebelution.com, equips teens to live with a biblical worldview, approach today’s hot-button issues with godly wisdom, and influence their generation for the glory of God. Tackling tough topics like sexuality, addiction, injustice, identity, media, and much more, Sara offers practical ways to stay rooted in God’s truth while engaging culture with the redemptive story of the gospel—no matter the cost.

Because, after all, if we live according to the gospel, we’re going to make waves. The way of Christ is countercultural. It doesn’t go with the flow, compromise on truth, or stay silent in the face of injustice….so neither can we.

It’s time to stand up, stand strong, and live with bold faith in a confused culture.

By Sara Barratt 3 months ago
4 comments