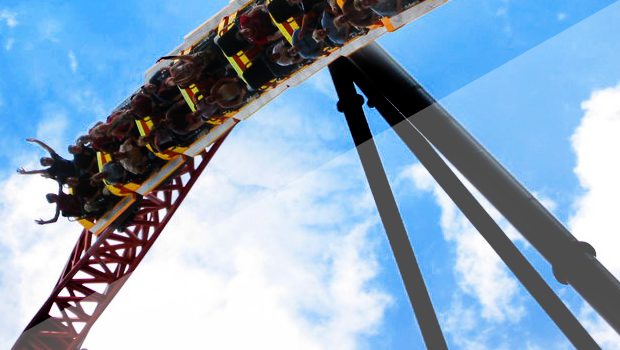 Keep sending your stories to brett [at] therebelution [dot] com. Share your experiences doing hard things, whether in big or tiny ways. We want to feature your voice on the blog and use your experiences to encourage others around the world.

Today’s story is from Nathan Tasker, a sixteen-year-old from Pennsylvania, who blogs at Not Just a Teen. His day-trip to Hershey Park taught him an important lesson about gratitude — gratitude for modesty. Check it out!

A Lesson From Hershey Park

Like many high-school students, I enjoy a good day at an amusement park — just about anyone would. This time I was with my friend Thomas, riding roller coasters and having a great time at Hershey Park. Being invited to go along with Thomas and his family on their annual trip, I was thrilled! As you might imagine, it’s not all the time that I get to go to Hershey Park.

At nearly the exact moment we arrived at the park, Thomas and I darted for the nearest coaster. Amid the excitement and the thrill, though, there was something that began to tear at me. No, it wasn’t the fact that I lost in chess against his little brother on the way up (he cheated, of course). It was something all around me. But it wasn’t hiding away in the shadows. It wasn’t even subtle. It was the clothes girls wore.

I know, I know, I should have seen it coming. It’s summer. It’s an amusement park. It’s our secular culture, for goodness’ sake! For some reason, though, it hit me differently this time. Anywhere I looked, I was bombarded with it.

What really bothered me wasn’t as much what they were wearing, however, but how they were wearing it. Scattered throughout the entire park, students were wearing their school’s t-shirts. What could be wrong with that?! But left and right, girls had somehow found a way to get around a standard dress code. Whether it be rolled up or even cut apart, they simply didn’t want to conceal themselves.

How could people dress this way?!, I thought. What are they trying to gain? They’re just going to reveal themselves to everyone?! It was almost impossible to look anywhere without finding this kind of dress smack dab in front of you.

This was just the beginning of the day. Don’t get me wrong, I still got to have some fun riding the coasters. Between trying to keep the “Hershey’s Milk Chocolate” song out of our heads and screaming our heads off at each ride, we had a blast! Somehow, though, the immodesty around me kept grinding at my heart. Like many things the devil throws at us, the constant need to guard my eyes — along with the disgust at how my generation dressed — wore me down.

So there I was, standing in line for Storm Runner for the third or fourth time in a row, wondering how many more times we could get in the second row before everybody else realized it was the shortest line. I was tired — not just from the long day but from the sickening immodesty of my generation. Just as I was about to doze off in line, however, Thomas nudged me.

“Now those are two respectable young ladies,” he proclaimed. And that they were. Among everyone else, these two girls had chosen to wear long skirts and regular t-shirts, one of which said “Purity is in.” These two young ladies stood out — not because of immodesty, but because of the modesty that they portrayed.

At that moment, I was immensely grateful that God had placed those two girls at that park to remind me just how appreciative I should be of a girl’s modesty. I was so thankful, in fact, that I almost walked over to the girls and thanked them myself. Looking back, I should have. Sometimes I don’t think girls realize just how important their modesty can be to us guys.

Of course, it’s our job as guys to guard our eyes. There will always be girls out there who don’t portray the modesty that God intends. But when someone does, we should be grateful of that effort of purity. And for those of you girls who pursue modesty, let me be the first to say… Thank you.