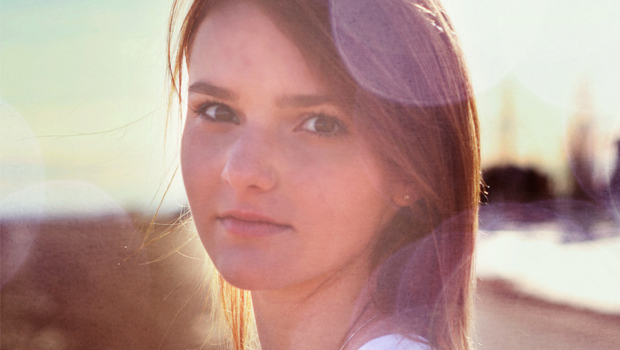 Last month we shared the story of Clayton McDonald — the teenager who knew when he was going to die. Today we get to share another unforgettable story with you: the story of Kaitlin Boyda.

Have you ever met Kaitlin Boyda? Have you heard about what she did? If not, you’re in for a real treat. You see, Kaitlin went to be with Jesus just over two years ago — but what she left behind was beautiful.

This post is about remembering the teenager who gave her dying wish away.

Kaitlin Boyda, who lived with a faith and compassion that inspired hundreds of people to give to water projects through Compassion Canada, passed away Thursday, May 5, 2011 at age 17.

Kaitlin, from Lethbridge, Alberta, was diagnosed in the summer of 2009 with a cancerous brain tumour at age 16 and spent the last year and a half of her life battling its affects. When she was approached by the Children’s Wish Foundation in December 2010, she decided not to choose a wish to benefit herself, but to donate the wish to build a well for children in need in Uganda.

When others heard of Kaitlin’s generosity, they were inspired by her compassion and gave to help support other water projects in Uganda. Because of Kaitlin’s inspiration, 21 water projects have been built benefitting thousands of children and families.

Brenda Boyda, Kaitlin’s mom, reflects on her wish, “Everyone always thinks in order to change the world you have to be someone who stands out in a crowd, be the best in school or the one who wins all the races, but Kaitlin has changed the world for more than 40,000 lives just by being obedient to God.”

Caring individuals from Korea, the UK, Australia, the United States and all across Canada came together and completely funded the entire 21 Ugandan water projects in just seven weeks. Other water projects are currently available for funding in Ethiopia and Ghana. To date, over $325,000.00 has been raised to bring clean water to children in need in Africa, much of it through people touched by Kaitlin’s story.

During a televised interview, Kaitlin explained, “Even though I don’t want to be sick, if I wasn’t, I wouldn’t have received this wish and others wouldn’t have wanted to help and all of these children wouldn’t have benefited. It is a humbling experience.” She went on, “We are only on earth for so long, and we need to make an effort for other people. It’s like we take a picture while we are here on earth — at the end of the day, what do you want the picture to look like?”

Kaitlin inspired those she met and those who simply heard her story. At only 17, she left a legacy that will impact the lives of thousands. Ian Lawson, Kaitlin’s Pastor from E-Free Church in Lethbridge describes her as, “the picture of true Godly humility — she was not thinking about herself, but she was thinking of others.”

Depending on how well you want to know Kaitlin, we’ve included two additional videos, plus a SoundCloud stream of “Kaitlin’s Song” — an inspiring tribute that hit #1 on the iTunes Inspirational Chart and stayed there for twelve days in March 2012.

This video is a three-minute local news story, which aired on CTV News the day Kaitlin passed away:

This next video is a longer, 10-minute feature with in-depth interviews with Kaitlin, her friends, and family. It originally aired on 100 Huntley Street, a major Christian talk show in Canada:

Have you ever met Kaitlin Boyda? Yes, now you have. And if you trust in Jesus Christ as she did, you’ll meet her again in Heaven. If you’ve never heard or considered the gospel before, please watch this four-minute, spoken word presentation of the greatest story ever told.

Whether you watched all the videos, or just browsed the post — join the discussion by answering one or more of the questions below: