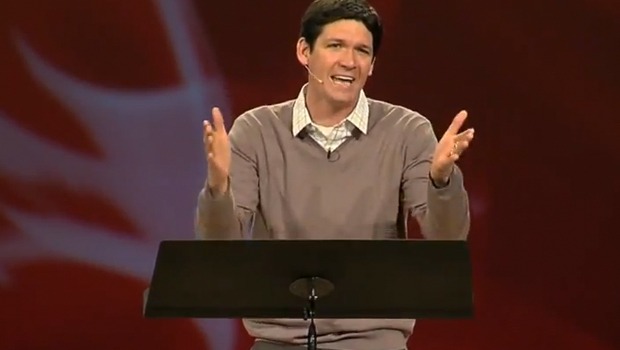 A powerful reminder that while we were yet sinners, Christ died for us.

NOTE: Some readers have expressed concern with the fact that Matt Chandler says something about the church being an “enemy of conversion.” Outside the context of the complete message it could come across as if the Chandler (and subsequently, Alex and I) are promoting an anti-church perspective. That is absolutely not true. The video is awkwardly cut. Chandler is sharing the story of how he came to reject that mindset. If you listen to the entire message you’ll understand. Sorry for the confusion.